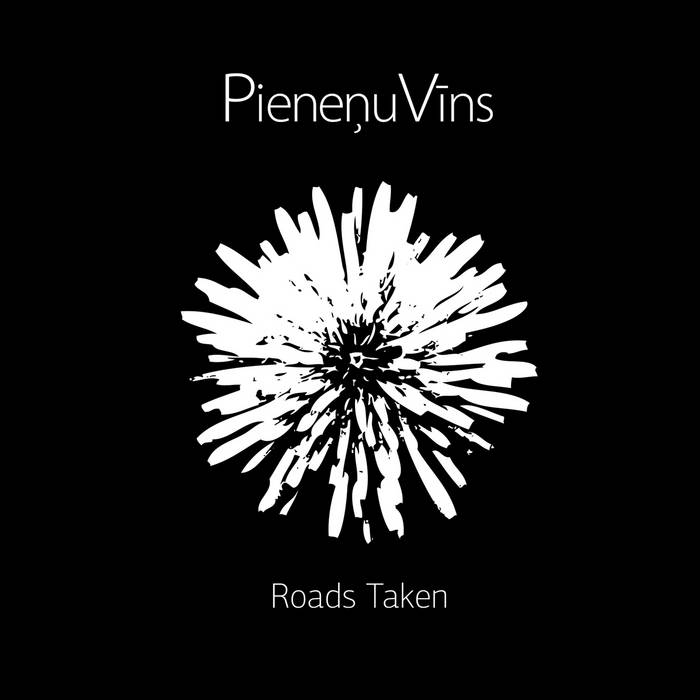 «Pieneņu Vīns» is a Latvian funk / fusion band, formed in 2005, playing its own repertoire. Participated in numerous local and international festivals and contests and is known for its friendly concert atmosphere and creative digital projects. In April of 2016 the band has launched its debut album ROADS TAKEN, featuring songs most loved by the audience from all 11 years of the band's experience. ... more

Track Name: Beautiful Sunshine
Beautiful sunshine
Don’t leave me on the floor
I will not lie here
Asking for more
My only wish was that it would be paradise but it’s definitely not
Don’t stand above me crying: “When? Where? Or “What?”

Beautiful sunshine I’m broken by your fault
What you have done to me can not be told to anyone
I thought someday someone would come and heal this pain I’m going through now - definitely not
Don’t want to see you anymore, don’t want to hear: “When? Where? And “What?”
Track Name: Wooden Box
Put your memories in a wooden box
Lock it hard so no one could be blamed
i’ve been there before i’ve got too many boxes this kind

It’s too bad there’s nothing left to hide
Nothing really special is left behind
Only boxes with memories, they should be kept deep inside

You used to bring laughter into my world
I used to enjoy your every word
but now everything seems so oh wrong
It’s so disappointing that you my dear
Have turned into someone i don’t want to hear
and now everything that’s going on between us is so wrong
Track Name: One Of Us
It’s time to wake up and fight all this madness
All this crazy, unavoidable sadness,
It’s time to get yourself together
Anywhere you are, no matter the weather

And you, just like the others,
Should stand up tall, forget everything that bothers you
You’ll find out your life is too precious
To waste it all on useless impressions

One of us, you could easily be one of us,
You should be in front of us
Track Name: Some New
Better minutes always run backwards
Trying to get lost inside of something
Under blankets made of everything untold

I am not trying to save the world
but i thought i’d take you away,
or get you out of my head, off my mind but everything i do
no matter how hard i even try
this funny thing is always on my mind

I am not trying to save the world
but i thought i’d take you away,
or get you out of my head, off my mind but everything i do
no matter how hard i even try
this funny thing is always on my mind
Track Name: Better Than You
Well isn’t it nice just to sit and enjoy the power
That you have on me in my lonely hours
But baby I don’t think that it’s quite fair
Well babe I do like when sometimes you call me “darling”
Giving me the sugar and all your loving
But I don’t think that you’re the one for me

Cause maybe I don’t agree with the statement that you’re making
Baby why can’t you see I am fragile, you’re mistaking
When you think that I can go on when you want me to
You know I have everything that I want and do you?

In that silence you have forgotten how to cry,
I hate your silence; you’re hiding there from me.
Hey, I promise, I would remind you how to cry,
But don’t you dare hiding from me.

And no more time
Is going to be wasted just like that
And everything that’s left behind
Will take its special place inside my mind
Track Name: Ticking Clocks
Ticking clocks and ringing phones
Miles and mountains seen before
All is fading constantly
Oh what a possibility

Ticking clocks and ringing phones
Miles and mountains seen before
Waters, oceans, all the same
You’ve got nobody to blame

Bandcamp Daily  your guide to the world of Bandcamp